Happy Friday! This week and next we'll be discussing the books from the School's In Session Boxed Set. The books are available individually for $3.99 each or you can buy all five for $9.99, which is half price.

We'll be talking about the books in the order they appear in the boxed set, so first up....Laying Down The Law by Me!


Blurb: Newly divorced and returning to law school after a twenty year absence, Ali Stewart has just one class to complete before sitting for the bar exam, becoming a lawyer and moving on with her life. She feels out of place with her much younger classmates, but she's determined to succeed and put her ex-husband far in the past.
When she is paired with Griff for the semester, she learns that he even though he is much younger, there is much he can teach her, in and out of the classroom. 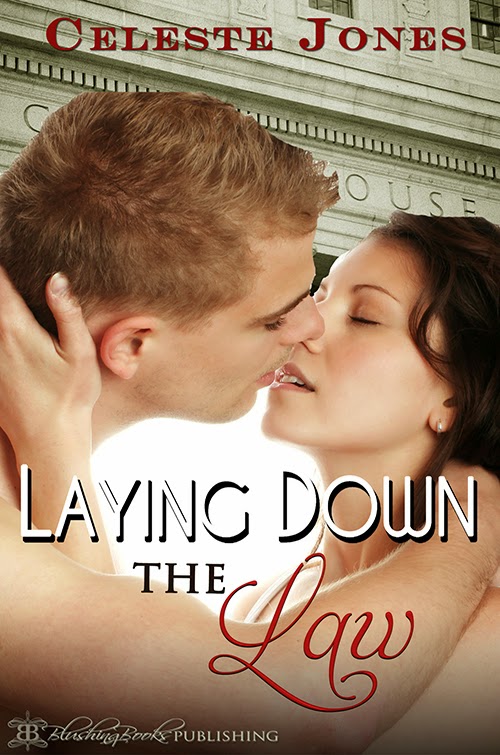 Inside scoop: The legal case Griff and Ali worked on is based on a case I had in real life. It was very satisfying to expose a big fat liar and I hope that came across in the book.

1. Ali, the heroine, is 45 and Griff is 29. Some have called this a cougar romance. I tend to think of Ali as more of a reluctant cougar since Griff is the one who pursues her. What do you think? Is Ali a cougar? How do you define a cougar?
2. One reviewer said that a scene involving Ali's ex-husband pushed her close to her limits. I'll admit that scene was more violent (and unexpected) than my usual. If you've read the book, what did you think of that scene? If you haven't read the book, what are your limits for what makes you feel comfortable? Have those limits changed over time?

Next Up: Detention With Professor Black by Dinah McLeod 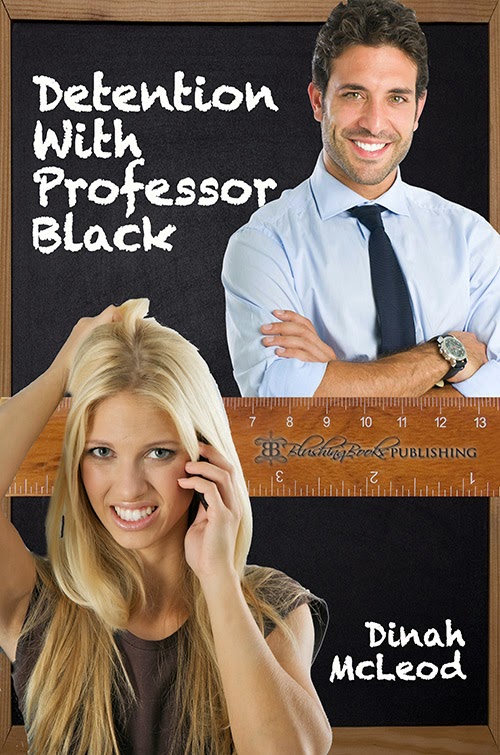 Michelle Johnson has been down on her luck for the past year and life only seems to be getting worse. First, she's diagnosed with cancer, then she loses her job, her apartment and her boyfriend of six years one after the other. Now she has to move back in with the father that abandoned her after her parents' divorce. Life just couldn't get any worse.

That's what she thought, until the only teaching position she can find is Kindergarten - her least favorite! Worse yet, the principal is her old high school crush who doesn't hesitate to punish tardiness with a special kind of detention.

1. Dinah's books often delve into tricky or deeper subjects. In this case, the heroine has just dealt with cancer, although the more troubling issue is her broken relationship with her father. How dark are you willing to go when reading erotica/spanking fiction - do you think any topic can mix successfully?

2. Confession time: Did you ever get detention when you were in school? If so, why?

3. Michelle is way down on her luck and who does she run into but her high school crush.  Have you ever run into a former crush or boy/girl friend years later? If so, did they still have the same affect on you or did you look at them and say "what was I thinking?"