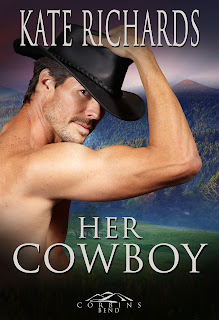 Felicity Franceaux's new position as head of the Corbin's Bend emergency room meets all her expectations. A professional staff, challenging cases, and a home in a town where spanking is not only accepted but appreciated. But losing her late husband left her so heartbroken, she's afraid to try again. But if she did, the guy next door sure has her attention.

John Estrada, former ranch foreman now successful cowboy novelist also likes what Corbin's Bend has to offer, but he's having a hard time letting go of life on the range for life in the Bend.
He'd like to get to know the pretty neighbor lady who never gives him more than a casual wave.

If only they could find a way to connect.

1. In Her Cowboy, Felicity is a doctor, in fact in charge of the ER at a hospital. A strong woman at the top of her career...but lonely. She's had one great love and fears that's all a person is entitled to in this life. Do you think it's possible to have more than one life-changing romance? In a good way?
2. What do you think a strong woman like Dr. Felicity finds appealing about spanking? The eroticism? The release? Or something else?
3. What makes a cowboy so irresistible? Would you prefer a young, daredevil bull riding type or someone with a little more seasoning? Like...John Estrada. 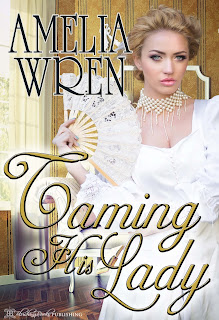