Learning to Use Voice Typing With Google Docs

First, let me give credit to author Chris Fox who has some fantastic YouTube videos on writing, promotion and story craft. Click here to check out his channel.

If you click here, you can sign up for his non-fiction newsletter and get a free copy of his book 5,000 Words Per Hour. Or you can buy from Amazon.

Let me repeat the title of that book, 5,000 Words Per HOUR. That's a lot of words. My usual goal is 1500 to 2000 words per day and if I get close to 3,000 in a day, I'm pretty thrilled. I can accomplish that with writing sprints on a fairly regular basis but it still takes me about 2-3 hours, with breaks etc. And by the time I finish, my brain is fried.

In 5,000 Words Per Hour, Chris Fox points out that it's pretty much impossible to type that many words in that amount of time. To test myself, I took an online typing test and I average about 60-65 words per minute, which is pretty good, but not enough to get 5,000 in an hour.

In order to achieve 5,000 Words Per Hour, Fox suggests using voice to text or voice typing. There are programs you can buy, but since I use Google Docs, I decided to use the Voice Typing Feature that is included.

I have tried using it before, but found it frustrating because often the words that are typed are not what I said. Or at least not what I meant to say, so I figured it was a waste of time if I'd have to go back and fix everything anyway.

But---and here's where I had my AHA moment---Fox says: I know it can be frustrating, but if you could consistently produce 4-5,000 words per hour, wouldn't it be worth the time to figure it out?

Makes sense to me! I gave it another try and I'm rather pleased with the results. Here are a few things I've learned.

First...if you want to get some pointers on how to use Voice Typing for Google Docs or whatever you're using, I'd suggest you go to YouTube and watch a demonstration or two. It's pretty straight forward, but the videos do offer some good info. 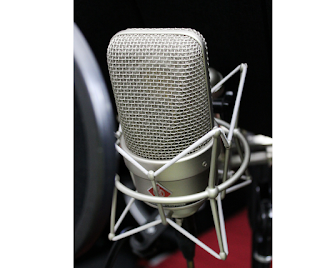 In about 20 minutes of voice typing, I can produce 1200 to 1500 words. With word sprints on Write or Die, I usually ended up with about half that many words in that amount of time. Still good, but I'm aiming for sky high word counts. I've also had a couple of upsetting incidents with Write or Die where my flying fingers hit some magical combination of keys and all my words disappeared, so I have gotten a bit nervous about using it.

You have to speak the punctuation, which means saying "comma" or "period". It does not appear that Voice typing for Google Docs recognizes quotation marks, so that's an additional task that can be annoying for fiction writers. You can say "quote" and it will type that word, then you can do a search in the doc for "quote" and add in your quotation marks or just do it when you edit.

I have found that speaking the punctuation interrupts the flow of what I'm saying so I just go for it and fix it later. I usually remember to say "new line" or "new paragraph" so it's not just a screen full of one giant run on sentence. I don't know if this will become less disruptive after I become more accustomed to using this feature or not. I'll keep you posted. If you say "delete" it will remove the last word typed. I have found that it's faster to just use the keys and delete that way. I don't do a lot of deleting while I'm voice typing because I don't want to interrupt the flow, but if I see something I want to take out quickly, I'll do it.

I do this when Mr. Jones is at work. At first it felt weird to talk aloud while I was alone (except for the dog) but it didn't take long to get used to it. Since Mr. Jones and I live in our motor home, there's not a lot of privacy and I'm not sure how I'd feel about having him listen in. Or how he'd react. That could be a post for another day. :)

I have (unintentionally) started doing voices for the different characters. I'm not Rich Little, but I have found that as I'm telling the story, the heroine's dialogue is spoken in a higher pitch than the hero's. I have no idea what the dog thinks about any of this as he's watching me and I'll have to be sure to work with the windows closed once the weather warms up.

I think that speaking uses a different part of the brain than typing (my guess, I haven't researched this) but it is not nearly as mentally tiring as typing a story. And it feels like I am a bit more creative when talking than typing.

Watching the letters get added to the page is distracting for me so I look away while I speak but glance at the screen often to make sure it's still working because the microphone has a tendency to stop working randomly.

Sometimes the microphone randomly stops working and you don't want to talk for 10 minutes and suddenly realize none of your brilliant words were captured.

My hands and shoulders don't ache. Living in our motor home means I don't really have a proper desk so I work in different locations, which I prefer because I like to change things up. But, I also end up with a sore neck, shoulders and hands, particularly if I'm not being careful. With voice typing, I just need to be near the computer, but don't need to use my hands. I'm sure that many writers with proper desks and chairs also suffer from aches and pains that might be alleviated with some periods of voice typing.

I also use my phone. I have Google Docs on my phone, so I can use that instead of the computer and it adds the words all to the same document. Trying to type in bed with my laptop on my knees is uncomfortable and not very productive, but I can hold my phone like a microphone and talk easily. You could also talk while standing, walking on a treadmill, folding the laundry or waiting in the carpool lane.

Yes, I do need to do a lot of editing, but it's an excellent way to really look at what I've written. With being able to get so many words down quickly, I feel like the time spent editing is no big deal.

I don't usually plot, but I do try to have some notes about what I want to happen in a scene so I can refer to them as I'm speaking instead of saying "um". Mr. Jones works nights, so I have been doing my voice typing after he leaves, then the next day, I go over what I wrote and then plan what I'll write that night after he leaves.

Is every word going to make it to the final product? No, but as they say, you can't edit a blank page.

Bottom line: Overall, I'm very pleased with how the Voice Typing is going for me. It seems like when I'm talking, I'm more engaged in telling the story that I am visualizing rather than typing the words. Does that make sense? I am someone who needs variety, so trying something new almost always appeals to me, particularly if I am getting good results.

If you have thought about voice typing, I'd encourage you to give it a try. Let me know how it goes for you. Or, if you're an experienced voice typer, feel free to share your tips and pointers in the comments.