Thianna D is here today to lead the discussion of Exile to Unity, Tara Finnegan's contribution to the Corbin's Bend Series.

Take it away Thianna....

Of the 8 stories so far within the Corbin’s Bend universe, this one is uniquely its own. What do I mean by that? This story is about the rebuilding of a relationship after a tragedy.

Ange and Jim O’Brien come to Corbin’s Bend with their tails between their legs. Outed in their home of Ireland for being kinky and having just gone through a horrifying court case due to it, it seems to be a last try to get things on an even footing. Unfortunately, even footing isn’t where our hero and heroine are at. Going to a kink-friendly community after what they’ve gone through seems like a great idea, only Ange isn’t too interested in the domestic discipline side of things and Jim wants to give it a go, wanting the wife he loved, back.

Hello, compromise? Well, at first no. It’s more like hello, confrontation. These two are new to living a DD lifestyle and that is bound to bring out the tiger in both of them. Unfortunately, when a single woman in the community sees Jim as her savior and kind of falls for him, Ange has two options: Possibly lose the man she loves or put on the gloves and step into the ring.

1: How would you react if your ‘kink’ became public knowledge?

2:  Forgiveness is a major theme of this story. Ange’s especially. She has to come to forgive herself, Jim, the people who tried to ruin her, even Carla. To me, this makes her an incredibly strong character: to recognize what she needs to do and to do it, damn the consequences. If someone tried to come between you and your partner, could you forgive them like Ange does?

3: Discipline is at the heart of what Jim is trying to get Ange to accept, not just physical discipline, but the ability to discipline herself – to not let everyone else take pieces of her and most of all to lean on him and let him know what’s going on. An important scene in the story is when Jim punishes Ange with an enema. The symbolic meaning of it is incredibly intense. She’s been keeping things from him and he plans to force them out of her, one way or another. 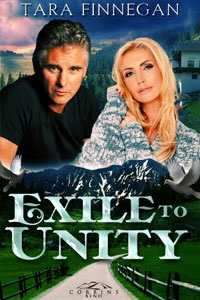 4: At one point, Jim decides they need a document to point out all the rules that Ange needs to follow, basically copying down some stuff he saw online. This gave me a giggle. Has your SO or HoH ever tried to get you to adhere to someone else’s rules of conduct? And if so, how did you make them see sense?

Excerpt:
“Remind me, what’s it for?” He stopped spanking to give her a chance to speak.

“For saying fuck, but I think it’s unfair, we both swear and we always did. I don’t see why I should be punished.”

“It’s not just about one swear word, and you know it. You made your guests uncomfortable. You saw Bethany’s face.”

“Yes, but I don’t think it was about the language, it was because I criticized DD. But I shouldn’t have done that. Or slighted you.”

“Good girl, Ange, finally. An admission. That didn’t hurt, did it?”

“I know you think I’m unfair, but you really have to curtail the callers. It’s happening too often. I agree that you would have welcomed my friends as you said, but I don’t think you would have been happy if it was the third evening this week, would you?”

When he put it like that, Ange could accept that he had a point. If the house was constantly inundated by Jim’s friends in the evenings, she would soon get irritated. And she could accept that had she walked in and heard him deriding her the way she had been him, she would have been less than impressed. She shook her head.

“Now relax those cheeks and open up to the punishment. This part will hurt, more than the admission.” He brought his belt down hard, and it was as much as Ange could do not to scream as the cruel implement met its target, sending a wide stripe of red hot agony through her already heated buttocks. A pillow muffled her yelp.

“One, Sir,” she counted. This continued to ten, hard and fast and she called out the stroke, crying by now. She was already scorched by his hand spanking and the belt was just so damn painful. “Copper,” she roared.

“Is that all? It’s a punishment , Ange, it’s supposed to hurt. But you can have a breather. Go and stand in the corner . Leave your pajamas down. Hands on your head and nose pressed to the wall.”

Ange found the waiting almost worse than the actual spanking. She felt ridiculously embarrassed, standing there in that position, bottom sticking out, sore and no doubt bright red. And Jim’s eyes, she could feel them boring into her, even though she couldn’t see them. Her tears had stopped, humiliation now overriding any physical pain. Then he ordered her to stay like that while he checked on the children. And there she waited, not daring to move until he returned. Ange estimated he must have been gone at least ten minutes . The sting might have subsided but now she had aching arms to add to her discomfort. She was almost relieved when he returned. But he kept her in that position, standing close behind her, close enough that she could feel his breath on her neck and his body heat radiating off him . Jim made her stand like that for a further five minutes while he scolded her again about her behavior, before finally telling her to return to the bed for the remainder of her spanking.

He brought the belt down again, this time, as a concession, switching to her pale white thighs, which hadn’t been spanked yet. She yelped again at that, her thighs weren’t as tough as her behind as he didn’t spank them as often but he ignored her pleas and yells. When he came to sixteen he paused.

“Four more, Ange. You can take them here or if it really is too much, I can do your tits. Your choice.”

Some choice , he’d never spanked her breasts, not even lightly, but her whole back end was on fire. She’d often told him that having her breasts punished was a fantasy, ever since reading Jane Eyre in her late teens; the scene where Jane had to open her top of smock to be punished by her boarding school teacher. She felt her pussy pulsate at the idea as she considered her options. But a belt on the breasts would be too much she feared, especially if he caught her nipples.

“N-n-no. It’s okay, continue. Nearly there.” Ange braced herself and accepted the last four as quietly as she could. Funnily enough, she was no longer angry. She just wanted it over with. She wanted the cold war to end, to join the family in front of the TV, and laugh along with them.

“I’m sorry I embarrassed you,” Ange offered as soon as he stopped spanking. “Can we start the evening over? And I’ll try not to have the house full so often.”

She gingerly moved to a sitting position but it was a tall order as every inch of her rear and thighs stung like hell. He sat beside her and hugged her tight.

“I’m afraid we’re losing us and becoming two separate people. We have been for a couple of years now. We need to get back on track before it’s too late. I want DD to try to stop the rot, and it’s not about punishing you, it’s more about how close we get afterwards. Can we give it a try?”
“I don’t want you turning into something I’m afraid of.”

“Don’t be silly.” He laughed kindly, “you’re afraid of nothing and no-one, Ange, trust me. But if we set rules and stick to them then it could work. What if I promise not to spank outside the rules and we do a review every couple of weeks to see how it feels for both of us?”

“Two weeks, then we review , deal?” Ange twisted his words to her advantage.

“Too short, two weeks and we talk about it, but I think we need to try it for at least a few months.”

“One month is the best I’ll offer. You have one month to convince me.”

“It’s a start, I suppose,” he agreed. “Come on downstairs now, please?” Rising, he took her by the hand and gently pulled her up. “I’d really much rather climb in there beside you and fuck the arse of you, but we better go spend the evening with the kids. Later – it’s a promise.”

Ange allowed him to pull her up, reluctantly. She too would have much preferred he came into bed and put the anger behind them, starting afresh by connecting through passionate lovemaking. But she was glad to go and join the kids, too. They had experienced the chill in the air to some extent and it wasn’t their fault that she had been grumpy. It could keep. Getting the family unit back on the right track was way more important.