It's March and that means it's time to move on to our next book selection, To Love A Woman by Jade Cary.

Here's the blurb: Marissa Harrison is a beautiful 52-year old widow, writer and mother of two grown children. At a surprise party for her daughter she is introduced to Keaton Ross, an attorney at her son’s firm. Believing that her son intends Keaton for his sister, Marissa is shocked to learn that Keaton has eyes for only one woman—Marissa.
As Keaton and Marissa grow closer, Marissa can only see the damage this relationship will have on their families—a relationship with a man 22 years her junior. But Keaton Ross is a man who is not easily denied, and Marissa finds that, regardless of the repercussions, she, too, cannot be denied. Keaton Ross is a dominant man who does not take no for an answer, and he pursues Marissa with a vengeance. He brings out a sexual side to her she never knew existed, and she thrives on his dominance—craves it, in fact. As their relationship grows more intense, Marissa begins to believe that they can have a future--until one indiscreet moment threatens to destroy everything.Can this December-May relationship survive, or will Marissa’s fear of judgment and repercussions keep her from the happiness she seeks? 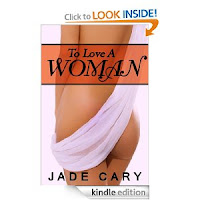 Since we're just getting started, let's talk about some preliminary matters, so to speak.

First, what are your thoughts on the age difference between the characters?

In general what do you think of older woman/younger man romances? Is there an age that is too old or too young?

Is this a cougar story? To me, I think of a cougar as an older woman who is the aggressor in the relationship but here it sounds like Marissa is hesitant. What do you think?

Looking forward to digging into this book and to hearing your thoughts on it.