Celeste Jones: Welcome Dinah! Please tell us a bit about yourself.


Dinah McLeod: Hi, and thank you for having me, Celeste! Well, I have been married to my husband, Jim, for nearly nine years now—whew!—and have two precious little girls. I have been writing spanking fiction now for about four and a half months.


Celeste Jones:  What is your writing day like? Do you have a set schedule?


Dinah McLeod: I tried to follow one, in the beginning, but honestly I am not that organized. I know, I know, I need to work on it! I try to get to it first thing in the morning, and now that my oldest is in school it’s easier to get some work done. We initially tried for me to have certain nights that I would work and my husband would take care of the girls, but as the demand at his job has increased that has fallen by the way side for the moment.


Celeste Jones: Your latest book is Mona’s Second Chance. Can you tell us more about this book?


Dinah McLeod: Mona has been divorced for a year, and yet, she still finds herself unable to think of any man but her ex, Colby.  With all the time that’s passed she can’t seem to remember the reasons they got divorced in the first place, or at least, they don’t seem important anymore. When we meet her in the book, she is trying to move on with her life, and get back in the dating scene. Some car trouble brings Colby to her rescue, and back into her life. He’s not the same man she knew, and she has some adjustments to make if she wants things to work this time around. Can she makes those changes, and get a second chance? 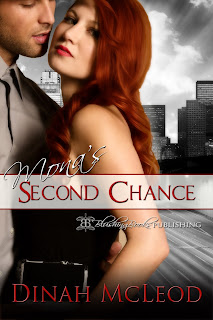 Dinah McLeod: I think the challenge of spanking fiction is the same as regular fiction: to come up with something new and innovative. It’s the same, but different, because I find myself thinking sometimes that eventually I am going to run out of stories to tell about women getting spanked! I certainly hope not, but it could happen!


Celeste Jones: How “out” are you about your writing? Who in your real life knows and what was their reaction?
Dinah McLeod: Oh, gosh. Very few. My husband and I just had this conversation yesterday. While I have always wanted to be a writer, and used to take classes for it, none of my writing friends knows I do this. A big part of me wants to tell them, but then again, they know the old adage as well as I do: “you write what you know.” So, put simply, to out myself with my writing is to also tell everyone about my DD lifestyle. My husband and I are careful about that, because of how people tend to react. Now, take my mother for instance. In a moment of bursting pride, I told her about the book, and now she brings up spanking every chance she gets! Yep, won’t be doing that again for awhile. I learned my lesson.


Celeste Jones: Are you working on a book now?
Dinah McLeod: Always! Actually, I am working on two right now, but I will just give you details on one. It’s currently untitled right now, but the story is about Gia Marrow, who thinks she is living a domestic discipline lifestyle but is really being abused. The story is about her trying to get out of that situation, and how she pieces herself back together afterward. Or can she? Obviously, that situation makes it difficult to trust men, which is something she doesn’t intend to do ever again. Can her friend, Luca, who has been there for her since childhood change her mind? She’s never seen him as anything more than a brother—what will she do when he confesses his feelings?


Dinah McLeod: I love Koalas. And, you know, I don’t think they get enough attention from us, so while I have this platform, I’d just like to give a shout-out to the Koalas. You guys are so cute, and sweet…and deadly.


Sorry, I think I’m funny. J But seriously, I’d just like to thank everyone for their support, for reading, for leaving reviews, for reading my Saturday Spanks. And speaking of, if you’re interested in learning more about Mona and Colby, catch a glimpse of them this Saturday on my blog!

Thanks for having me, Celeste! It was a blast! 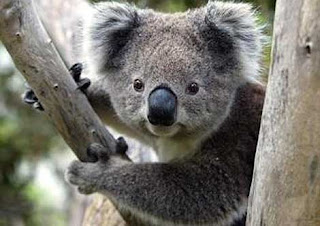 Blurb: They had grown up together. Childhood friends, one-time sweethearts, buddies, then eventually they grew apart. When they met again later, it was love, followed by marriage... followed by divorce. But somehow, even a year after the divorce, Colby was always the first person she called when she needed help. Colby was her one true love... how was she going to get through life without him?

Then it happened! Colby was willing to give them a second chance... but only if she submitted to him as the head of the household. She wasn't used to being spanked, and worried that there were some things even a spanking couldn't fix. Would they be able to move beyond their past, to build a fresh new future together? Mona loved him so much, and she would do anything for him to save their relationship, but feared that might not be enough. Would she lose him anyway?