A Simple Misunderstanding was, in my opinion, a marvelously written book that tackled a very delicate subject with tact, courage and dignity.
It’s almost inevitable that there are abusive D/S relationships just as there are non D/s relationships that are abusive. One of the great features of this book was how D/s made it a little harder to spot or define the abuse - after all Elly was being spanked, and spanking was normal in that community.
My questions are:

1.       How or where would you draw the line between discipline and abuse?

2.       As can often be the case, Elly did her damnedest to cover up for Arthur’s mistreatment of her. However Jerry was very persistent in getting to the bottom of it all, even to the point where he added to her problems by arousing Arthur’s suspicions. What do you think you would do if you suspected someone you cared for was in that situation, and how far do you think you would push it if they remained in denial?

4.       I thought Jerry was a wonderful character, gentle, protective and nourishing. That said, he was adamant about wanting a discipline relationship. Although he approached reintroducing it by degrees and very gently, starting with corner time and then finally a spanking with a beach flip flop! Do you think if you were in Elly’s shoes could have been able to trust anyone else to spank you again, even someone as kind and gentle as Jerry is?

Thanks so much for joining in. I am looking forward to reading your thoughts.

Excerpt
In the excerpt I have chosen, Elly is in hospital suffering from injuries at her husband’s hands. Jerry has stayed by her side the whole time, and has finally convinced Elly to open up to him about what happened. (Muffin is Elly’s beloved dog.) 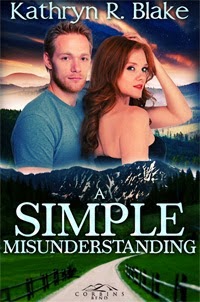 His throat tight, Jerry asked, “Did he relent?”
She let out a slight snorting sound through her nose. “Of course not. However, when he accused me of neglecting my duties to him, I got a little huffy. He didn’t care for my tone. Realizing my temper was plunging me into more trouble, I agreed he was right. Since I was being disrespectful, I said I’d go upstairs and collect the rest of the laundry. Except my admission wasn’t good enough. He ordered me to apologize, fetch a wooden spoon and meet him in the living room. I was too sore to even consider another punishment, so I told him to go to hell and tried to walk past him. I forgot I still held Muffin.”
“She bit him?”
Elly nodded slowly.
“Good for her.”
“Unfortunately, it didn’t end well for either of us. Muffin kept barking and nipping at him to pull his attention off me. Finally, he kicked her. Furious at him for hurting my baby, I fought back by kicking and scratching. When he backhanded me to the floor, I hit the coffee table, and Muffin attacked again. I think he was attempting to kick her, but he got me three times before he caught her with his shoe and sent her flying into the next room. She started screaming, Jerry. I’ve never heard her cry out like that before.”         Seeing the tears course down her cheeks, Jerry reached for her hand. “Muffin’s fine now, Elly. She’ll recover without any problems. Tell me what Arthur did next.”
“He yelled at me for making him lose his temper, stormed out of the house and went to work.”                “Then you carried Muffin to my clinic, right?”
She nodded and wiped at her tears. He took the tissue from her and blotted away the salty proof of her unhappiness as he murmured reassurances.
“You’re safe now, sweetheart. I’ll do everything I can to protect you. I also want you to know I think you were extremely brave to do what you did. And though I regret you didn’t call me Thursday night, I am very pleased you came to me Friday morning and allowed me to take care of
you.”
“I feel so guilty.”
“You shouldn’t, but I suspect such platitudes are easier to say than follow sometimes.”
She met Jerry’s gaze. “Dr. Pendergast said Arthur’s been trying to see me here at the hospital.”               “He has.”
“Did you ask the staff to keep him away?”
“I did. He called me Saturday night.”
Her eyes grew wide. “He did? Why didn’t you tell me? What did he say? Is he angry with me?”
“Whoa. First, the man has no right to be angry with you about anything. Got that?”
She blinked, and then nodded.
“Second, I didn’t tell you because you’ve had enough to worry about. Good lord woman, you were still in the ICU Sunday morning.”

Blurb
Though Arthur and Eleanor Benson have been practicing domestic discipline for three months since their wedding, he insists moving to Corbin's Bend, where domestic discipline is the norm rather than the exception, will revitalize their marriage. Elly has doubts, but since Arthur is the undisputed head of their household, they move. However, once Arthur becomes immersed in a community where spanking is not only permitted, but encouraged, his personality undergoes a dramatic change. Accusing his submissive wife of being lazy, disorganized and disobedient, he employs creative methods of pain and humiliation to mold Elly from the imperfect woman he married into the perfect woman he desires. And Elly finds herself a virtual prisoner in her own home, accountable only to the man who rules her life with a cane.

In his years as a vet, Jerry Douglas has seen what abuse does to animals, and he recognizes those same signs in Elly Benson during her daily escape to the dog park with her tiny poodle. Jerry steadfastly supports the tenets of domestic discipline and enjoys the freedom Corbin's Bend offers its residents, but he remains fiercely protective of anyone in need of a champion. And when he witnesses evidence of harsh handling, his instinct is to rush in and rescue. Problem is Elly Benson is a married and consenting adult who insists all her bruises and welts are nothing more than a simple misunderstanding between her and her husband, until the day Arthur Benson takes his authority and discipline one-step too far, endangering Elly's life.
Buy on Amazon                Buy on Blushing Books