Spanking Stories Book Club: Where They Both Belong by Thianna D

Constance Masters is here to lead the discussion of Where They Both Belong. It's her first time hosting, so let's make her feel welcome!

This is my first time at hosting a Spanking Stories Book Club. I feel honoured to do this for Thianna's prequel to the Corbin's Bend Series, Where They Both Belong. Thanks Celeste for having me. Corbin's Bend was Thianna's idea and it has just snowballed! I feel so lucky to be a part of this great series. 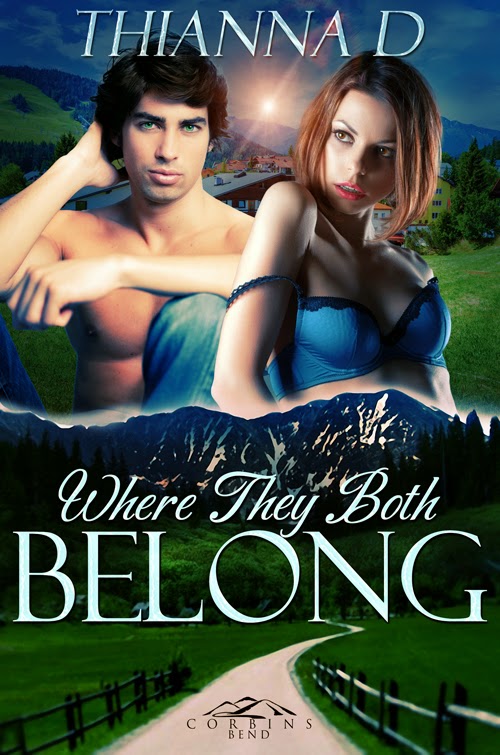 Life-long residents of Mesa, Arizona, both of Matt & Julie Renton's conservative families turned on them when their discipline lifestyle became public knowledge. Months after being fired from his job, Matt was just getting by doing day labor. Worried over Julie's stress level, he set his hopes on getting into a new housing development in Colorado called Corbin's Bend where they could be themselves and his lovely wife could finally relax.
Combined with Matt's natural ability to find the most unique forms of discipline he could imagine, Julie found herself at home in their new community filled with wonderful residents who were nice, friendly, and the kind of people she could open up to.
Tried, true, and tested before they even reached Colorado, Matt and Julie worked hard to keep their relationship strong even as they started a new life. With a new job for Matt and complete acceptance from the community for Julie, they began to feel that this just might be where they belonged. Especially when the community's welcome basket arrived with a little surprise.

It must have been terrible for Matt and Julie to have their families turn on them. For Julie not only did they turn on them but they tried to convince her to leave Matt. They didn't understand at all and didn't care to. Not only that but Matt lost his job, leaving them earning on a day to day basis.

Here are my questions:

1.     When they found they had been accepted into Corbin's Bend Brent and Julie decided to send their families a note after they left, not leaving a forwarding address. Could you just move away from your family and the place you'd always lived with barely a look back even if they had been horrible?

2.     Julie likes Brent but finds him a bit scary. Do you find Brent intimidating and if so what about him, makes it so?

3.     I personally loved that Julie wanted the house they chose because she wanted her children to grow up seeing the dome from their window every day. Why do you think that was?