Corrected By The Colonel is for sale today! Click here to get your copy.    For those of you who are Amazon Prime or Kindle Unlimited Members, you can borrow the book! 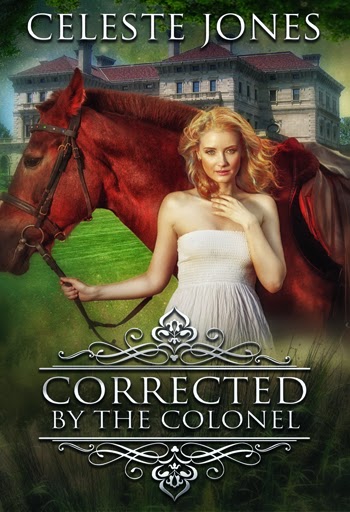 Cassandra lowered her eyes. “I am sorry,” she said, “I did not mean to injure you.”
His warm hand cupped her chin and raised her face to look at him, he stroked his thumb over her sensitive lips. “I would not expect any less from you, my little tomcat,” he said. “But that does not mean you will not be punished.”
Cassandra’s eyes grew wide. “But I apologized.”
He chuckled and the sound of it made her insides go warm and soft. “You apologized for injuring me. That still leaves the matter of your attacking me with a riding crop, running away, and your plan to manipulate my cousin into marrying you.”