Spanking Stories Book Club--The Winter Storm: An Ever After Chronicle

Thank you to Katherine Deane who hosted a fun discussion and contest last week. And Congratulations to Adaline Raine who was the winner of a $20 Blushing Books gift card. Spend it wisely, Addy!

Thank you to all of the wonderful guest hosts over the last few weeks. I've become quite spoiled, but I'm excited to lead today's discussion of The Winter Storm: An Ever Afters Chronicle by Renee Rose, Casey Mckay and Katherine Deane.

Blurb: In a world where fairy tales and real life collide, in which truth is sometimes stranger than fiction and romance and fetish are the norm, a winter storm forces a cast of characters to converge at a unique lodge, and three interwoven tales are set in motion.

Jillian and her brother narrowly escape a wolf attack, thanks to a shapeshifter, Bertram. As the owner of the lodge, Bertram opens Jillian's eyes to a whole new world filled with spanking and so much more. Will she keep fighting her submission, or allow herself the chance for true love? 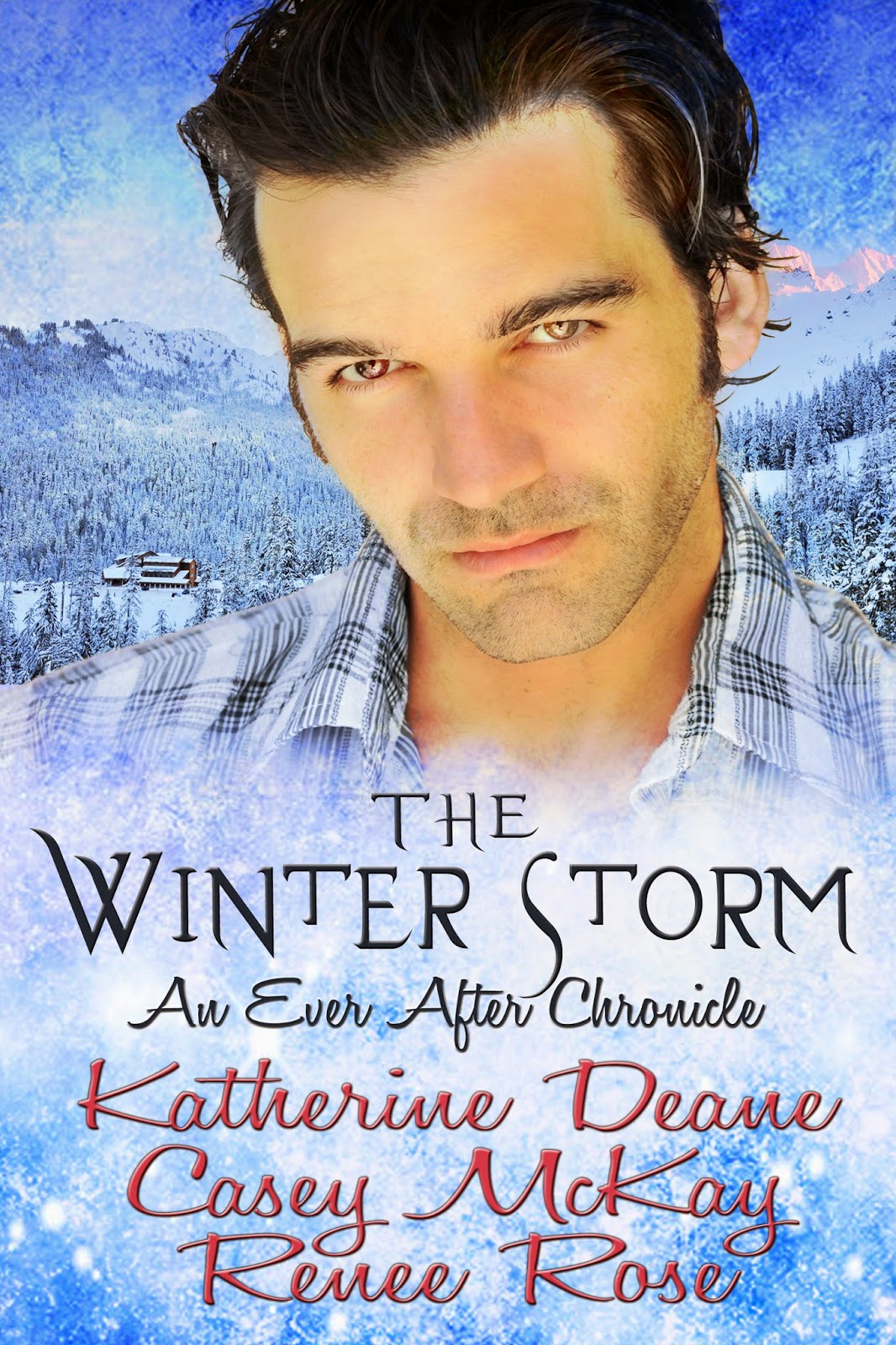 Coral is a fugitive - hiding from herself, her true desires, and the sea witch to whom she owes a great debt. She fears showing real emotion and letting herself be free, but Jake Hill's dominating presence beckons her to yield to him - not just her body, but her heart, mind, and soul. When the sea witch demands retribution, though, she may lose the one man she has come to trust.
When Faye blunders while casting a spell upon her landlord, he claims her as his slave until she can undo the magic, and she finds herself subject to his firm discipline. As her attraction to him grows, Faye fears she will give in to the handsome shifter and forever lose her maidenhood, and consequently her powers and the ability to fix her mistake.
Even as all three women struggle with surrendering to the dominant men they have fallen for, each finds herself on a journey to discover her true self. Can they find a way to yield to love without losing themselves in the process?

This is an entertaining book which is very different from any other spanking romance that I've read. It is sexy, romantic and clever. Quite the winning combination. Several different times I'd find myself thinking about the book while doing other things and then a light bulb would go off and I'd realize "Ohhhh! Jake and Jillian Hill. Jack and Jill went up the hill. I get it." Maybe I'm just dense. Did everyone else see all these clever references all the way through the story or did they sort of sneak up on you later?

Here are a few discussion questions.

1. We've seen a large number of spanking story boxed sets and anthologies in the last year. This story has three authors and three distinct couples, but instead of separate stories, the three tales are woven together.
What do you think of this format? Do you prefer it to collections of stories on a similar theme? Or does each have its pros and cons?

2. As an author, I wonder if I'd be able to collaborate that much with other writers. What about you?

3. Faye tries to cast a spell on her landlord and turns his feet into flippers. How inherently sexy must a man be to still be hot with flippers for feet?

4. If you could be a fairy tale character who would you choose?

5. If you could be in a romance with a fairy tale character, who would you choose?

6. Shapeshifters----handy to have around or sort of freaky? If you could be a shapeshifter, what would you like to shift to? (I have no idea what the rules are for shapeshifters. Are there rules?)

Be sure to check out the Spanking Stories Book Club FAQ tab at the top of the page.