S is for Stolen Moments, Surprise new release!
By Cara Bristol
This summer is my 6th anniversary as a published author of spanking fiction. In appreciation to my readers , Stolen Moments, a new romantic comedy /spanking romance, is available on Amazon for 99 cents and through Kindle Unlimited. Stolen Moments is my 20th book title!
The characters and scenario are near and dear to my heart. The main character is a spanking romance author. No, not the heroine, the hero.
The blurb:
Is it crazy to be jealous of a fictional character?
While Mary Sue is proud of her construction-worker husband Billy’s new-found success as an author of spanking novels, she also finds herself resentful of Beverly Golightly, the fictional heroine who gets everything Mary Sue wants: her man’s undivided attention, lots of hot loving, and many delicious spankings.
But is Mary Sue’s jealousy any crazier than the plan she hatches to recapture her husband’s attention?

“You should let me spank you. Then you can describe the sensation to me. If it burns or stings. How long the pain and color lasts.” He’d approached her after book number three, The Misfortunes of Beverly Golightly. All the Beverly books were named “Mis” something.
So tempting. Hadn’t she fantasized about being spanked? When she’d discovered spanking romances, it had been like stumbling upon lost treasure. She couldn’t bring herself to confess that her interest in spanking ran deeper than reading about it. If he spanked her and she hated it, a beautiful fantasy would be ruined. On the flip side, if he spanked her and she loved it, she feared it would ignite a longing that would go unsatisfied most of the time. Billy’s interest in spanking was purely financial.
“Absolutely not,” she’d said emphatically. “Besides, you don’t need me. You’ve been writing about it long enough.”
“Well, yeah, but I got to wondering, maybe I ought to have some real-life experience to build some street cred.”
“Then swat yourself. You’re not going to spank me.” Quite convincing she’d sounded too. If ever there’d been a time when she’d wished Billy had overridden her objections, that had been it.
Mary Sue shredded a carrot and sliced a tomato to add to the salad.
She’d decided if he brought it up again, in the interest of “research,” she would assist him. But, he never asked again. She sighed.
Warm arms wrapped around her waist from behind. “Are you still mad at me?” Billy nuzzled her neck, his shadowed jaw prickly against her skin. When writing full steam, sometimes he didn’t shave for days.
“No. I wasn’t mad. Just, well, you know.” She relaxed against his hard body. The one thing he did take time for was working out. He still went to the gym three times a week.
“You smell good,” he said.
“Shampoo,” she answered. Better than hamburgers, French fries, and onion rings. “Did you finish your book?”
“The end!” he said. 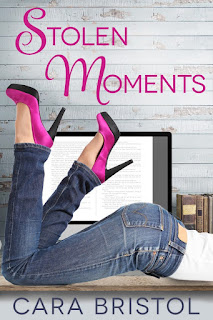 “That calls for a celebratory beer. Would you like one?” she offered. Reaching “the end” marked a milestone, not the finish line. Next, he would sequester himself to rewrite and revise what he’d already written, then he’d edit it, email it to a couple of author friends for beta reading, then forward it to his publisher, who’d send it back with suggested changes.
For now, this evening, he was done—unless he stepped into his office for something and got sucked into the vortex.
“I’ll get it.” He squeezed her in a hug, then released her to open the fridge. “What’s in the white container?”
“Chicken-fried steak.”
“My favorite!” His cheeks dimpled with pleasure, and the last vestiges of her irritation melted away. His large hands dwarfed the beer can as he popped the tab. Tossing his head back, he took a long, slow pull. Mary Sue watched him, enjoying the movement of his Adam’s apple as he drank. Billy had a killer smile and laughing eyes, a perfect-V torso, and a muscled physique. The accident and subsequent surgery had left him with a few jagged scars on his back, but they didn’t affect his good looks an iota. No one would ever guess this poster boy for machismo wrote romances under a female pseudonym. Of course, if they did, he might sell even more books.
Mary Sue could envision female fans lining up in droves to meet him. She’d have to beat them off with a stick. And she wouldn’t hesitate to do it either. He’s mine. Keep your hands to yourself!


Get your copy now on Amazon Only 99 cents or free for Kindle Unlimited Members
at June 19, 2015