Another Letter To Santa

Today's letter is from Miranda, heroine of Tracey Steinbech's new release, Her Christmas Tree. Here's a little about Miranda.


Miranda works for the arrogant vampire, Matthias. She lives in a wing of his home so she can be at his beck and call whenever the mood strikes him. Matthias knows that Miranda is his mate but he has no desire to bind himself to a human, fall in love and watch her die, so he keeps his distance. When Miranda asks for a Christmas Tree for the house, he reluctantly agrees. Miranda has an accident before she can get the tree, though and he uses their bond to rescue her.
After Matthias is shot, Miranda must let Matthias feed to regain his strength and possibly save his life. This bonds them closer together. He gives up the fight and throws himself into winning her over. The first thing on his list? Her Christmas Tree.

Apparently even Vampires can get the Christmas Spirit! That's good new for some of us more Grinchy people.
Here's Miranda's letter. 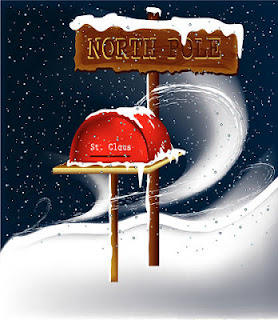 
I’ve been very good this year. Would you bring me a pointy, wooden stake for my boss? Scratch that. He rescued me when I had an accident in my car. I could really use a new car, instead.


It seems my boss won’t be letting me drive myself anywhere anytime soon, so I guess I don’t need a car.


Santa, what I’d like more than anything is for my boss to love me like I love him. Is there a chance you could make that happen?


PS Nevermind. I got everything I ever wanted! 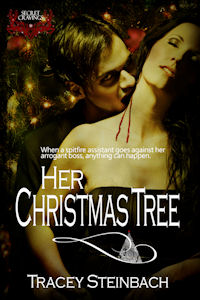 hall. She pressed her lips together to keep from shrieking at the infuriating man. If he didn’t watch himself, she was going to stake him through the heart in his sleep. Would serve the arrogant bastard right if she did.


Did you hear that? One of these days I’m going to stake you in your sleep!


Matthias’s deep chuckle was the only answer she received. That quickened Miranda’s stride, sparking more of her anger. How dare Matthias deny her a few days off? It was Christmas for
heaven’s sake! She knew he didn’t celebrate it, but she did. It was her favorite holiday, and she wanted to spend it doing what she wanted, not catering to his every need. No, she didn’t have
any family to spend it with, and she barely had any friends, it seemed like every time she planned something with Beth and Vicki, Matthias would beep her with some emergency. They never
turned out to be real emergencies, though. Miranda suspected that he was trying to keep her in the house and away from other people. She just couldn’t figure out why. It wasn’t like she was going to go blathering on about her boss the vampire. Who would believe her?


Miranda had stomped her way to the other side of the house when her PDA went off. The man was bound and determined to make her crazy today. She activated the touch screen, bringing his message up.


If it will make you happy, you may put up a tree in my living room. Not that I want one. I do not. But if it will keep you from staking me in my sleep, so be it.


Miranda could almost feel his amusement. Fine, he was giving her permission for a tree? It
was going to be the biggest tree that would fit in there. Miranda allowed a small smile to curve
her lips. At least she'd get to do some decorating. When she’d moved from her dinky little
apartment to the wing of Matthias’s house, she had mourned the loss of her own space to
decorate for holidays. Matthias had said she could do whatever she wanted to her rooms, but it
wasn’t the same as having a tree lit in front of a picture window, sharing it with whomever
happened by. That was one of the best parts of the Christmas season, to her mind. The feeling of
giving and sharing, that normally eluded the public, was present. It warmed her heart to do for
others, which was one of the things that made her good at her job. Yeah, sometimes her boss was
a pain in the ass, but she was happy most of the time. He obviously was happy with her, too, or
he’d have fired her long before now.

“Matthias…Matthias…I need you,” Miranda called to him. Matthias turned toward her
voice. His feet started to move across the room to where Miranda stood beckoning him with her
finger. His cock was lengthening with every step he took. The slumberous, loving look on her
face did that to him every time.


Matthias reached Miranda, gently pulling her into his arms. He lowered his head, taking her
mouth in a hungry kiss. Her arms wound around his neck, her body pressing closer to his. He
growled deep in his chest and felt her shudder. He knew what that sound did to her.


Pulling back, he looked down at her and smiled. “You shall have me, my love,” He
answered her plea.


Bending down, he swept her into his arms and laid her on the bed. His fingers pulled at the
delicate ribbons that held her robe together. Her robe parted with the release of each ribbon,
revealing the treasure beneath.


Miranda’s breathing had already started to quicken at the look in his eyes. He looked as if he was about to devour every inch of her flesh. She shuddered. God, she hoped so.
at December 07, 2012

Email ThisBlogThis!Share to TwitterShare to FacebookShare to Pinterest
Labels: Letters To Santa