What is your sweetest Valentine’s Day?
One year we were moving around the week of Valentine’s. I remember a group of my friends coming to our new house to work, cleaning and painting every day for about a week or so before we moved in. I don’t remember if it was actually Valentine’s day or not but one of the days we were there Dev came in with huge boxes of Valentine’s chocolates not just for me but for all of my friends too. And no he didn’t just do it for them because they were working on our house. He always does this type of thing, whether it’s bringing all us cappuccinos or even babysitting my friend’s children is the “Sweetest” guy of all my friend’s husbands. 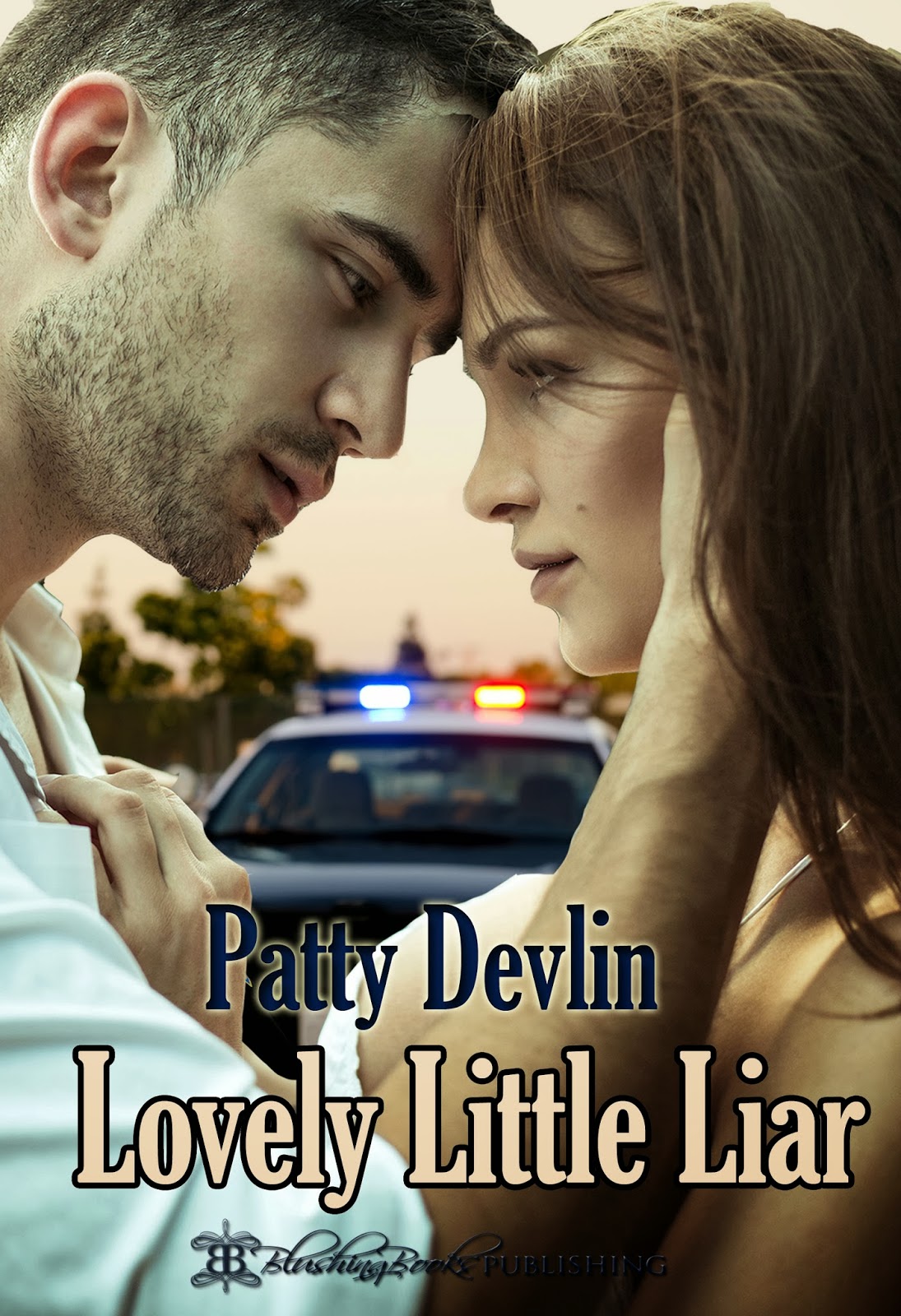 Blurb:
Charlie gives the cop who pulls her over for speeding and reckless driving the performance of a lifetime, telling him that her mother is in the hospital on the edge of death.
Trooper Vin Loveanu wants nothing more than to pull her out of the vehicle and comfort her, but has to settle for sending flowers to the hospital, only to find out that the mother is not a patient. Further investigation turns up an obituary for Charlene's mother from four years before!
Charlie’s lies, abominable driving and strong family ties continue to bring the two together. She can’t run away far enough or fast enough and maybe—just maybe she should be running to Vin—not away, even if it meant a trip over his knee.
Patty's Blog- www.pattydevlin.com
Patty @ Blushing Books- http://www.blushingbooks.com/index.php?l=product_list&m=144
Patty on Amazon- http://www.amazon.com/Patty-Devlin/e/B0090QX142/ref=ntt_athr_dp_pel_3
EXCERPT:
“It’s late. Don’t stretch this out; quit dragging your feet and looking pathetic. You know what I want, I shouldn’t have to hear it from others. Four days ago, Charlie, and as if twenty miles over the speed limit wasn’t bad enough—the lie—” He broke off just as her shame did her in. She started crying and was almost happy when he pulled her down over his legs. At least then she didn’t have to see the disgust etched on his face anymore. “How could you lie like that, Charlie? Don’t you have any common decency?” He started slapping her bottom hard and fast. This cheek and then that, his hand hot and heavy hurt like a paddle on its own. Her thin flannel pajama pants offered very little if no protection from the barrage.
Charlie gripped the cushions of the couch and held on. Each swat fell in a steady rhythm, here, there and everywhere. Lighting up her backside with scorching accuracy. She knew he was going to make sure she didn’t sit comfortably for a while, she’d seen the paddle next to him and knew he was just warming up.
“I asked you a question, Charlie. How could you lie about Mom like that? How? You don’t care about anyone but yourself. That’s how.”
She refused to answer. She knew what she’d done was wrong. There was no other way around it. All she could do was cry, bite the cushion and hang on. After all the times he’d whipped her rear in the last six—no eight years, (he’d started before, while Dad had been sick, before he died,) he’d grown extremely skilled at it. How had he gotten so freaking wise in his thirty-six years, she’d really like to know.
“Stop your kicking and carrying on. I’ve barely started.” Alex scooted forward on the couch and wrapped his leg over hers, eliminating her kicking and thrashing. “It’s a disgrace, that’s what it is, Charlie, lying like that about Mom. Most of the police in this city knew Dad—and Mom.” He gave her two really hard swats to each swell as he spoke about their parents.


We'll be discussing all the stories from With Hearts Aflame Tomorrow for Spanking Stories Book Club. Don't miss the fun!  --