First, I'm over at Maddie Taylor's Blog sharing an excerpt for Wicked Wanton Wednesday so stop by for a steamy excerpt and my answers to some fun interview questions. Click here to check it out.

And for something a little less wild and wanton, here's a fun scene. Mrs. White was hired to chaperone Sarah and help her to navigate the London social season. In this scene, I think you'll get the idea that Sarah does not care much for Mrs. White.

Mrs. White continued her unrelenting efforts to tutor me in the ways of English gentility. She grilled, quizzed, and cross-examined me on the nature of the peerage as well as British titles. The difference between a viscount abynd an earl was now crystal clear. In America, we called people Mr. or Mrs. or Miss. It was hardly so complicated, but to the British, particularly my dour tutor, these things were all very important. The shrew made dire threats should I forget or fail to show appropriate deference based upon title.


She even had the temerity to attempt to correct my accent.

More accurately, she hired someone to accomplish the task. 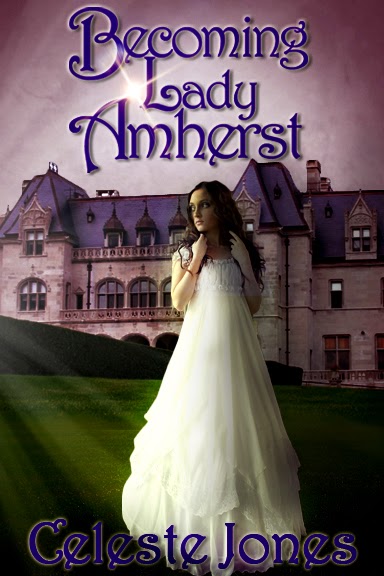 Summoned to the drawing room one morning after breakfast, presumably for callers, I entered with a smile, only to be faced with Mrs. White standing next to a horrid little man whom she introduced as Professor Webster. He dipped his bald head to me. “I am pleased to make your acquaintance, Miss McLean.”

His pronunciation and precise tone surpassed the elocution of even the most high born British lords and ladies of my acquaintance.

Mrs. White, using her most genteel diction as well, explained. “Professor Webster is here to teach you how to speak.”

I glowered from the pockmarked face of Professor Webster to the beady eyes of Mrs. White and took a step backward.

“Your father has ordered these lessons.” She tipped her chin up in challenge, anticipating my objection.

“At your suggestion, of course.”

“We only want what is best for you.”

I rushed from the room to find my only parent. He had his nose buried in a book in the library when I burst in.

“Father,” I gasped, expecting the shrew to be fast on my heels, or as fast as her jam-and-pudding fueled frame could carry her. “What is wrong with my accent? Am I not an American?”

He tore his attention away from reading long enough to glance up at me. “Mrs. White thinks correcting your accent is a good idea.”

I clenched my fists at my sides. “What about what you think?”

“Sarah.” He set the book aside to focus on me. “We are here to find you a husband. Assuming we succeed, England will be your new home. If you are going to be British, you should sound like it.”

Taken aback by his plan to convert me into someone else, I squared my shoulders and replied with every bit of Yankee pride within me. “I will never be British, regardless of who I might marry. What is wrong with you? Have you forgotten your own country?”

“No, Sarah. But I will not be living here for the rest of my life. If all goes according to plan, you will.”

Rather than waiting for Father to force me to return while the smug Mrs. White watched, I turned and left the room, running right into the winded lady herself.

“Sarah! Why can you not be more careful?” she scolded. “Honestly, you are the most difficult young lady I have ever encountered.”

Ignoring her, I stomped my way back to the drawing room and sat down opposite Professor Webster. “One lesson. That is all I will consent to.”

“To which I will consent,” the clammy little man corrected.

“I thought this was about my accent, not my grammar.” I conveyed my annoyance with a fierce glare, though he likely wished to correct that as well.

“Fine.” He pulled himself up to his full elfin height. “Let us begin with a few simple exercises.” He cleared his throat in preparation for his torture. “Americans,” he pronounced the word as though it was vinegar upon his tongue, “place too much emphasis on the hard sound of the letter R. The British articulate it much more gently.” He demonstrated. “Pahk, rather than park, you see?”

“Pahk, ahthah than park,” I mimicked.

“Sarah!” Mrs. White, of course, chose that moment to enter the room. No doubt she had lingered in the library to slaughter my character to my father before returning to belittle me in front of Professor Sweaty Brow.

“Professor Webster—” She caught herself before she went into a full-blown tirade. She gave him her best smile, which simply meant she did not scowl. “Would you please excuse Miss McLean and me, um, myself? Um. The two of us. I should like to speak with Miss McLean privately for a moment.”

Professor Webster scuttled out the door without further comment, no doubt relieved at an opportunity to escape the tension in the room.

“I am ashamed of you. Behaving so rudely to Professor Webster. After your father paid him a handsome sum, indeed, to make you sound like a proper lady.”

“Ashamed? How dare you. You are nothing to me, and to imply my actions reflect on you in any manner is ludicrous. Believe me, I am as ashamed to be in your presence as you are to be in mine.”

Father entered the room. He glanced from Mrs. White to me and back again. “I have sent the professor on his way. Perhaps hiring a pugilist master would be a better activity for the two of you.”

Becoming Lady Amherst Blurb: When Miss Sarah McLean causes a scandal in Boston, her father takes her to London in search of a husband.

At her first party, Sarah insults Lord Amherst who takes her over his knee to spank some manners into her. When this spanking comes to light, Sarah's father offers him a choice: Marry Sarah or send her back to America where she has no prospects for a husband.