Please welcome Rollin Hand who is here to discuss The Mercies of Cinderella by Ken Charles. 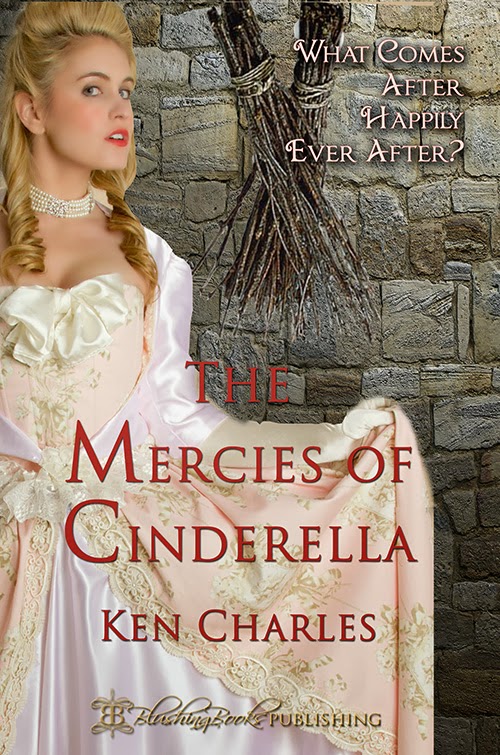 The Mercies of Cinderella is not your standard medieval/fantasy romance. In fact it hardly qualifies as a romance at all. Instead it’s a hot and steamy, rough and ready BDSM revenge tale. “Mercies” begins where the classic fairy tale of Cinderella ends. Much like Anne Rice’s The Claiming of Sleeping Beauty, to which this work must give a nod for inspiration, The Mercies of Cinderella picks up the day after the prince finds the girl. I suppose all of us had to wonder, even as little kids, watching the original Disney cartoon and any number adaptations that came later, what did happen to Cinderella’s step mother and the two sisters? Well, wonder no longer, for Ken Charles tells us. It’s payback time in the magic kingdom.
Cinderella, it turns out, is not one to just let bygones be bygones. The step mother and two sisters are brought before the prince for justice. The charge is treason. The headsman and his block are at the ready. But Cinderella is not totally without pity. She convinces the Prince to give them each one year. If within that year they can prove their worth, the sentence will be commuted.

And so, for the three women begins a year of humiliation, servitude and punishment. And what a year it is.  If you are a fan of judicial type or dungeon type scenes of corporal punishment, Mr. Charles gives it to you in full measure.

Layered into the story line is the romantic relationship between Cinderella and the Prince, and there is a sexy wedding night scene in which the Prince finally claims his bride. But Cinderella is not the shy retiring maiden you’ve previously known. She’s a bit of a brat herself, and when she rides out of the castle on her own in defiance of the Prince’s orders, there is hell to pay.

So how do the wicked step mother and step sisters fare? You’ll have to read Mr. Charles excellent book to find out, but here’s a tip-- don’t look for happily ever after. This ain’t your babysitter’s fairy tale. (But if your babysitter did read this to you, I want to meet her).

Here is the product blurb:
Payback is a bitch, and so at times is Cinderella. Cinderella is about to marry Prince Charming. Her evil Step Mother and Stepsisters have been convicted of high treason for their conspiracy to prevent the Prince from finding his true love, and are awaiting sentencing. Before the Prince passes sentence, Cinderella asks to take them into her custody for a year to determine whether she may speak on their behalves. The Prince grants her request, and remands the Step relations to one year under the tender mercies of Cinderella.

During this year, while Cinderella basks in the boundless love of the Prince and the joy of her first pregnancy, she applies the hard lessons she learned growing up to her Stepsisters, expressing her concern for their moral edification and well being with various paddles, straps, and even the scopula of a giant trap-door spider. Step Mother, who taught her that nothing in life is free, has to pay for her keep with sexual favors for all who provide her with any goods or services.

1. What do you think of Cinderella’s character?

2. How do the step sisters change?

3. What do you think about formal judicial punishment scenes in spanking erotica?

4. Where is the line between reasonable severity and punishment that is too harsh?