This month I've been featurng books that need a Second Chance at Love---they just didn't get much attention when they were released. Today I am sharing one of my own books...Her Birthday Spanking.

This is a short story that I released about two and a half years ago and it just never went anywhere. I was so disappointed because I'd released a couple books in the months before this one and had been pleased with how they did. In fact, this one tanked so badly, I considered not writing spanking fiction any more.

I wallowed for a few months and one day Sue Lyndon sent an email and suggested that maybe the book had been adult tagged by Amazon. At the time, I'd made my own cover with a butt in red panties and upon closer inspection the panties were pretty sheer. If your book is adult tagged, no one tells you, you have to check on Salesrankexpress.com  An adult tag is like a death sentence for a book. It doesn't get recommended or linked (in the also boughts) with other books on Amazon so only if a reader is specificially looking for the book will they find it.

This is particularly ironic because this is a pretty tame story. One reviewer even said so. I changed the cover and title a couple times but still no luck.

Blurb:  All alone on her fortieth birthday, Mimi jams a candle into a frozen cupcake and wishes for a sexy night with a man who knows how to take her in hand and give her the birthday spanking she always dreamed of. She finds herself whisked away to the home of the super sexy and attentive Paolo who makes all her dreams, and a few she hadn't thought of, come true.


Paolo’s hands were warm on her bare shoulders as he positioned her to stare at the juncture of the two walls.
She’d read about this online. Corner time.
She nearly pranced in place with giddiness. Corner time was a special punishment for naughty girls who had to stand in the corner and think about what they’d done.
But she hadn’t done anything wrong, had she?
But she was a forty-year old woman. She didn’t need corner time. She opened her mouth to protest, but the thought of the swat on her backside and Paolo’s commanding presence, instead of making her feel childish made her feel womanly. Here was a man who was in charge and she liked it. She liked it a lot.
Wasn’t that what she wanted? A man who pushed her to her limits?
In the time---she had no idea how long----since she’d thawed that cupcake her head had been spinning. It was sort of nice to stand quietly and take it all in---while contemplating what (or who) might come next.
She’d fantasized about being spanked by a man, someone who would take her in hand and lead her.
Even just a couple swats told her reality outshone her imagination.
Fear jangled her nerves. Did she have the courage to go through with it? Would she cry? Would she lose control?
Would he think her butt was too big? Too jiggly? Oh no. She couldn’t do it. Couldn’t have a man look at her backside. Her breathing became shallow and she wondered if she might faint. 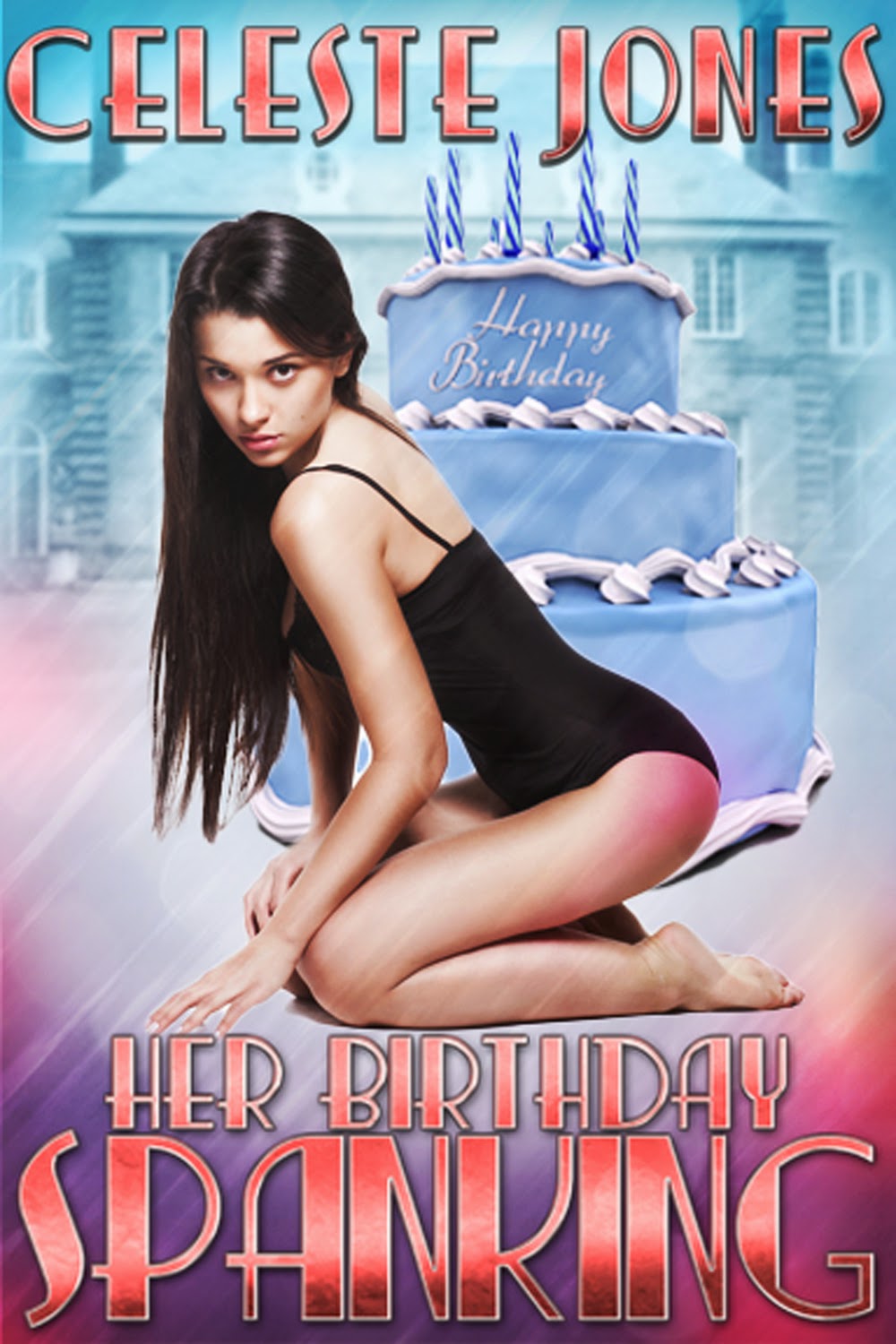 Paolo oozed sex appeal. They probably used his DNA to create those pheromone colognes. Mimi took a deep breath and even though she wasn’t sure where Paolo was in the large bedroom, she knew he was there. His scent, a mixture of musky cologne and one hundred percent grade A male, filled her nostrils and sent a zinger through her body to her hoohaw. She clenched her muscles together hoping to prevent a waterfall of sex juices from puddling between her feet.
“I forgot one of the rules of corner time.” Paolo’s voice carried from across the room. While Mimi had been trying to keep her thighs pressed together, Paolo, with cat-like grace, had moved across the room. He slid his hands inside the slit of her dress, hooked his thumbs into her panties and gave them a quick yank down to her knees.
Like pulling the cork on fine wine, aroma filled the room. Paolo stood behind her, his hard chest pressing against her bare back. She heard him inhale deeply. “Ah, my Mimi, you are all woman.” He pressed a kiss to her bare shoulder.
Mimi bit her lips to squelch a moan, but a tiny sound came from deep in her throat.
Two quick swats stung her backside. “Corner time is quiet time. There will be time for your moans…later.” Both hands lingered on her rear end, caressing the stinging orbs. His arms encircled her waist from behind and he leaned into her so that his stiffness pressed between her cheeks. “Feel what you do to me. That is all for you, my Mimi.”  She stifled another groan.  Even if there wasn’t a rule against talking, she didn’t think she could have spoken coherently anyway. The strength of his arms around her midsection reassured her since she feared her legs might buckle at any moment.
Paolo stepped away from her. Without thinking, she moved her rear end in his direction, seeking the heat and hardness she’d felt a moment before.


The warmth of his chuckle filled the room. “Ah, Mimi. I think you are ready to begin.” He placed her hands against the wall in front of her so that she was leaning slightly forward from the waist. His firm hands roamed from her shoulder blades down her bare back to the curve of her derriere where they lingered and worked her flesh until Mimi wriggled with pleasure.

Her Birthday Spanking is available on Amazon for $1.99 and free for Kindle Unlimited members.
at February 23, 2015