Second Chance At Love: The Princess and the Rogue by Jordan St. Clair


The first time around this book was released as “The Princess and the Outlaw.” For a swashbuckling medieval spanking romance novel sales were a bit tepid. Perhaps readers were wary of investing in a romance written by a man. At any rate, the publisher, Stormy Night, decided to change my pen name to something less masculine and to re-release the book under a new title.


It’s not just a straight re-release, either. There is a new scene and it’s hot. What I can promise the reader is that this book is indeed a romance, not just a spanking and sex odyssey in clanking armor. So, the second time around I’m hoping for a little more love.

Here is the product description:


After she is betrayed by a trusted adviser, taken by force from her palace, and held prisoner by a ruthless countess, Princess Juliet wonders if she will ever see her home again. When a hastily planned escape leaves her lost in the depths of a dark forest, Juliet’s only hope for survival lies with Rand LaFlors, a notorious outlaw who takes it upon himself to aid her.

Though she is accustomed to giving commands rather than obeying them, the princess quickly learns that in this outlaw’s realm disobedience will result in swift chastisement. To her shame and amazement, being taken over Rand’s knee for a bare-bottom spanking fans flames of desire which rapidly burn out of control, and soon Juliet finds herself longing for this roughhewn rogue to claim her and dominate her completely.

Even as her passion grows into love, Juliet knows that she cannot stay in hiding forever, and both she and Rand will need all their wits and all their courage to overcome the traitors who have placed the kingdom in peril. But if they succeed and Juliet reclaims her rightful place on the throne, will the newfound bond between the princess and the rogue still hold fast?

And here is an excerpt:


Within a day’s time, they were to be on the road again, but not before Rand managed to take the princess aside for a private discussion.


“Sister, do you have a place here, out of earshot, where the princess and I might talk?” Rand had addressed the prioress just before they were to leave.


It seemed a reasonable request, but the prioress and Sister Bernice noted that Rand gripped the princess by her upper arm as he spoke. “There are the novice’s cells in the east wing,” she said. “Most are not in use.”


Rand was aware of the sister’s raised eyebrows as he led the princess away. He supposed the princess’s panicked look must resemble that of a novice caught in some forbidden activity. Well, what she had done was forbidden as far as he was concerned 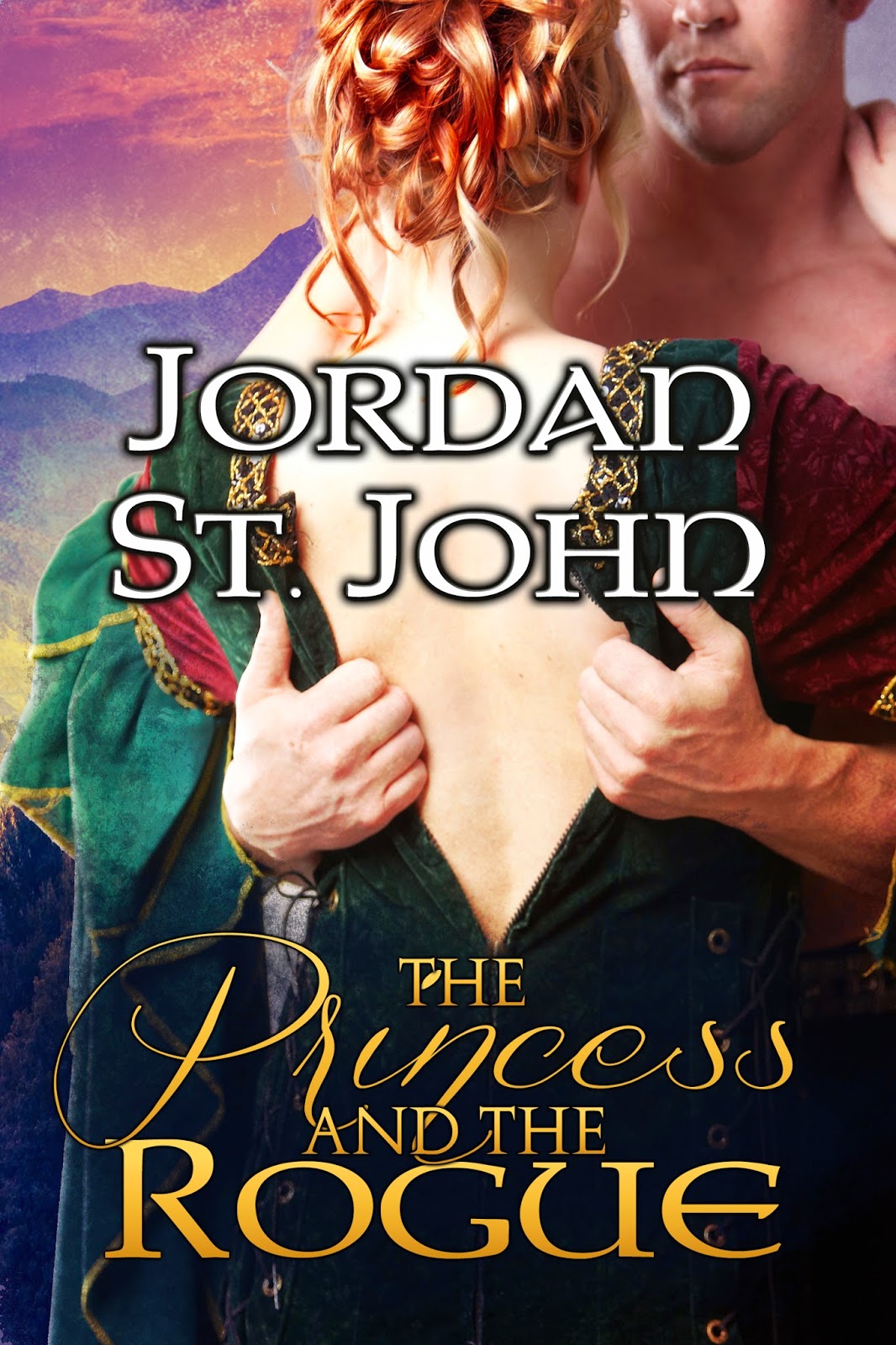 Rand found a vacant cell, led the princess inside, and sat on a cot. Juliet stood facing him. She had to know she had disobeyed his instructions. Juliet rubbed her arms as if chills crawled up her spine. It was gratifying for Rand to see her suitably worried and hopefully repentant, as she no doubt contemplated the likely consequences. Rand expected his instructions to be obeyed.


“I told you that your identity was to be kept secret until we reached Kingsgate, did I not?”


“Yes, but they were friends. There was no harm done,” said Juliet, pleading her case.


“At the time we did not know that. They could have been anyone.” Rand crossed his arms indicating his annoyance. “Juliet, there are people who would sell you to Morgaine for a farthing. Do you understand that?”


Juliet looked down, not wanting to meet his eye.


“Come here, Juliet.” Rand uncrossed his arms and gestured with his hand. It was time. There was no help for it. Survival of the entire enterprise could depend upon her putting her headstrong nature aside and following instructions.


“Rand, no,” she pleaded, backing away. He rose to insure her obedience, taking her around her waist. He sat back down and flipped her across his knees. In a trice he flung her skirts over her head and drew her drawers down to her knees. It was humiliating for her to be treated so, he realized, but there was no help for it. She deserved the spanking she was going to get. Soon he was gazing at her bare bottom and at her most intimate secrets. For a moment he paused, nearly transfixed by the beauty of Juliet’s charms presented to him in such a submissive posture. He knew what he really wanted to do was plant kisses all over that shapely backside and then make love to her. He sighed. Later. Now he had a job to do. He pursed his lips and steeled himself.


Buy from Barnes and Noble.htm